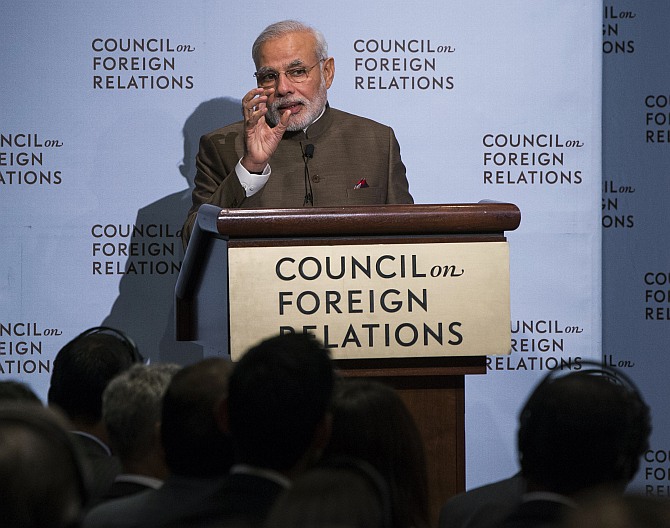 Prime Minister Narendra Modi will visit the United States from September 21-27 during which he will address the annual United Nations General Assembly session and have a series of bilateral and multilateral engagements in New York, the ministry of external affairs said on Thursday.
MEA spokesperson Raveesh Kumar said Modi will also attend an Indian community event in Houston during the visit.
"The (PM's) visit will be from late evening of September 21 to forenoon of September 27," Kumar said during a media briefing.
According to an updated list of speakers for the General Debate of the 74th session of the UNGA, Modi will address the session on the morning of September 27.
His speech at the UN will be the first after winning a second term as prime minister in a resounding electoral victory in May.
According to the list of speakers, Pakistan's Prime Minister Imran Khan is scheduled to address the UNGA session on September 27, shortly after Modi's speech.
As the world commemorates Mahatma Gandhi's 150th birth anniversary, Modi will also host a special event 'Leadership Matters: Relevance of Gandhi in the Contemporary World' on September 24 in the Economic and Social Council Chamber in the UN Headquarters. -- PTI
« Back to LIVE