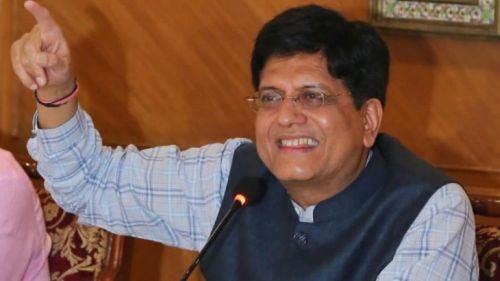 After Finance Minister Nirmala Sitharaman's insistence that millennials are the reason behind the crisis in the auto sector, her colleague Piyush Goyal made an embarrassing gaffe while defending the government's $5 trillion-economy dream.
At a meeting for the Board of Trade, Commerce Minister Piyush Goyal, while addressing a question on how India is supposed to become a $5-trillion economy at the current rate, defended the percentage the economy is supposed to grow at.
The commerce minister went into a rant against the GDP calculations made by experts and said, "Don't get into the calculations that you see on television...don't get into those maths. Maths have never helped Einstein discover gravity."
For now, Albert Einstein is leading over Isaac Newton on Twitter.
« Back to LIVE