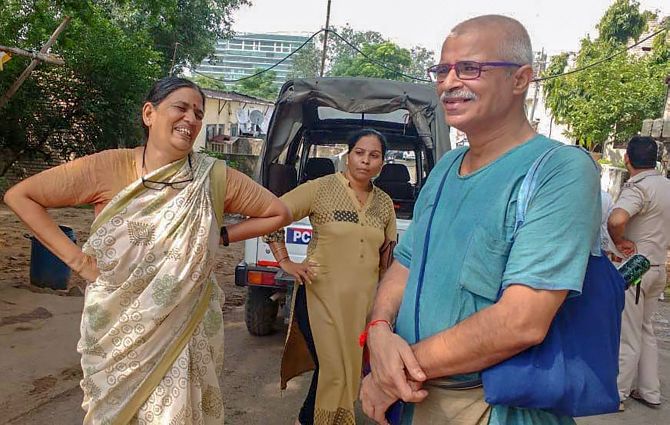 The Bombay High Court on Tuesday denied bail to Sudha Bharadwaj, Arun Ferreira and Vernon Gonsalves arrested in connection with the Bhima Koregaon violence case.
The single-judge bench of Justice Sarang Kotwal was hearing the plea filed by the activists on a regular basis since August 27.
On January 1 in 2018, violence had erupted at Bhima-Koregaon battle, leaving one dead and several injured, including 10 policemen. The trio was booked under provisions of the Unlawful Activities (Prevention) Act (U and various sections of the Indian Penal Code, including waging a war and sedition. They are accused of having links with banned Naxal groups.
Apart from the three activists, poet Varavara Rao and Gautam Navlakha were also arrested for their alleged involvement in the violence.The police had filed 58 cases against 162 people during a state-wide shutdown in January following clashes in Bhima-Koregaon. -- ANI
« Back to LIVE