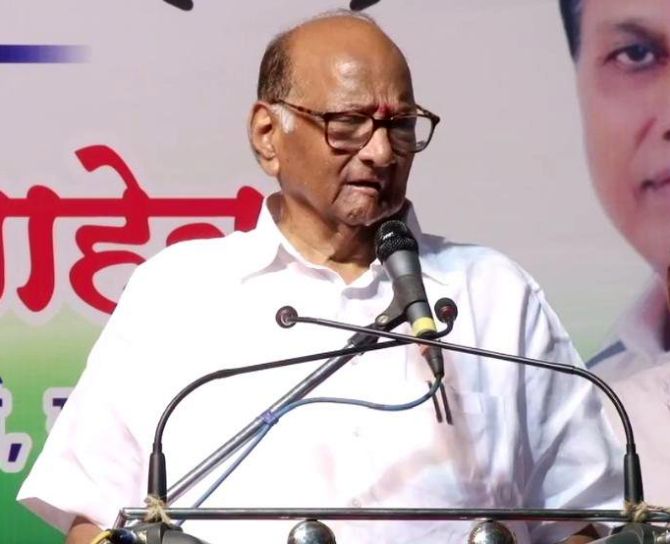 Nationalist Congress Party chief Sharad Pawar, who will turn 79 in December, said on Wednesday that he is still young, and will not rest until he defeats the ruling Bharatiya Janata Party-Shiv Sena in Maharashtra.
The veteran leader was addressing a rally in Akola's Balapur ahead of October 21 state elections.
A party leader, speaking at the rally before Pawar, mentioned that the latter is crisscrossing the state for campaigning "at this age".
Pawar said in his speech, "Somebody said I am campaigning at this age. I am the president of your party. Don't say it again. Have I become old?"
Someone in the crowd shouted, "Abhi to main jawan hoon (I am still young)".
Pawar promptly carried on, "Main bhi abhi jawan hoon (I too am still young).
"Don't worry, I will go home after sending these people (in power) home," he said.
In the run-up to the state polls, where the NCP and its ally Congress face an uphill challenge of dislodging BJP- Shiv Sena from power, both opposition parties have seen many leaders deserting.
Pawar, 78, has virtually become the face of the NCP's campaign. -- PTI
« Back to LIVE