« Back
US restricts visa to Chinese officials over suppression of minorities
October 09, 2019  15:43 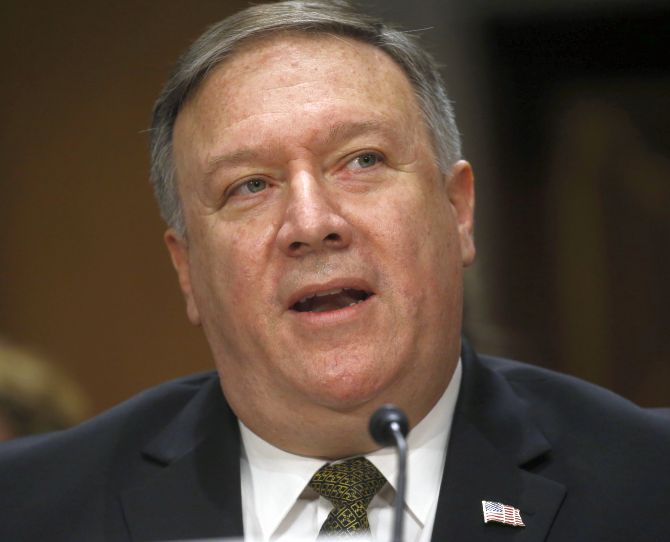 The US has announced visa restrictions against officials of the Chinese government and the Communist Party of China for instituting a highly "repressive campaign" against ethnic and religious minorities, including the Uyghur Muslims, in the country's Xinjiang province.
The US accused China of carrying out high-tech surveillance and draconian controls against the minorities in the country's Xinjiang Uyghur Autonomous Region.
"The Chinese government has instituted a highly 'repressive campaign' against Uyghurs, ethnic Kazakhs, Kyrgyz, and other members of the Muslim minority groups in the Xinjiang Uyghur Autonomous Region," US Secretary of State Mike Pompeo, image alongside, said.
"The repressive campaigns include mass detentions in internment camps, pervasive, high-tech surveillance, draconian controls on expressions of cultural and religious identities and coercion of individuals to return from abroad to an often perilous fate in China,' he said.
Pompeo said these visa restrictions would be on Chinese government and Communist Party officials who are believed to be responsible for, or complicit in, the detention or abuse of Uyghurs, Kazakhs, or other members of Muslim minority groups in China.
Family members of such persons may also be subject to these restrictions, he said.
The decision on visa restrictions came a day after the US blacklisted 28 Chinese companies from purchasing any American products for being implicated in human rights violations and other abuses in the Xinjiang region.
Noting that the US will continue to review its authorities to respond to these abuses, Pompeo called on China to immediately end its campaign of repression in Xinjiang and release all those arbitrarily detained.
"The protection of human rights is of fundamental importance and all countries must respect their human rights obligations and commitments. The US will continue to review its authorities to respond to these abuses," Pompeo said.
The US decision on visa and the companies of China comes even as the two nation will hold the next round of trade negotiations on October 10, as the two major trading powers are trying to end their bruising trade war.
« Back to LIVE