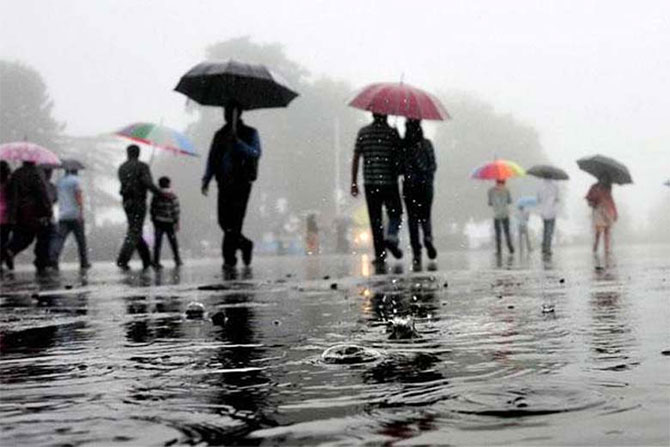 The Southwest Monsoon started its retreat on Wednesday, marking the longest recorded delay in its withdrawal after the four-month-long rainy season, the India Meteorological Department said.
"In view of the persistence of an anti-cyclonic circulation in the lower tropospheric level over northwest India, gradual reduction in moisture in the lower and  midtropospheric levels and reduction in rainfall, the southwest monsoon has withdrawn from some parts of Punjab, Haryana and north Rajasthan today (Wednesday), October 9, 2019 as against the normal date of September 1," the IMD said in a statement.
The most delayed withdrawal in the past years has been recorded on 1st October in 1961, followed by 30th September in 2007, the IMD added.
Monsoon made an onset over Kerala on June 8, a week after its normal arrival date, but covered the entire country 17 days ahead of schedule.
Conditions are becoming favourable for its further withdrawal from some more parts of northwest India during next two days and from remaining parts of northwest India and adjoining central India during subsequent 2-3 days, the Indian Meteorological Department said.
It may still take a few more days to withdraw completely from northwest India.
Skymet Weather, a private weather forecaster, said monsoon will withdraw from most parts of Northwest and Central India including Jammu and Kashmir, Himachal Pradesh, Uttarakhand, Chhattisgarh in the third week of October.
Even parts of east India may see monsoon withdrawal during this time, it added. -- PTI
« Back to LIVE