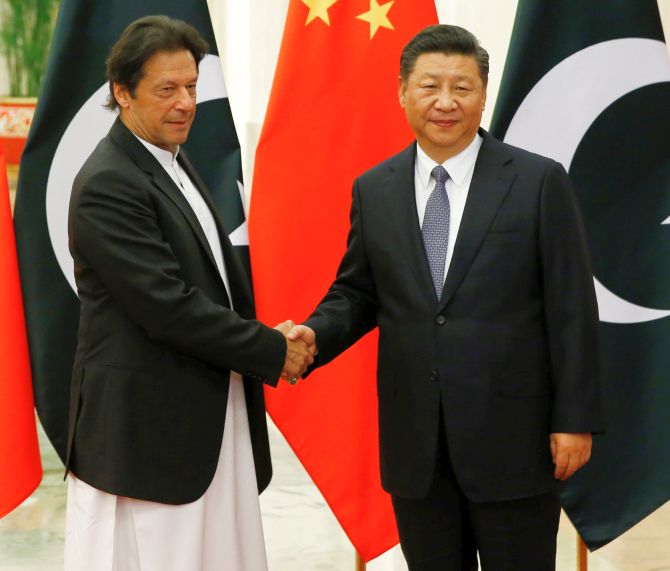 India on Wednesday reacted sharply to reports of Chinese President Xi Jinping and Pakistan Prime Minister Imran Khan discussing Kashmir, saying Beijing is "well aware" of New Delhi's position and it is not for other countries to comment on its internal affairs.
The strong Indian reaction came after the Chinese state media quoted Xi as telling Khan during the meeting that China has been "observing" the situation in Kashmir, and hoped that the "relevant parties" can solve the issue through peaceful dialogue.
"We have seen the report regarding meeting of Xi with Khan which also refers to their discussions on Kashmir. India's position has been consistent and clear that Jammu & Kashmir is an integral part of India. China is well aware of our position. It is not for other countries to comment on the internal affairs of India," ministry of external affairs Spokesperson Raveesh Kumar asserted.
Xi, who is scheduled to hold 2nd informal summit with Prime Minister Narendra Modi on Friday, assured Khan during a meeting here that the friendship between China and Pakistan is "unbreakable and rock-solid" despite changes in the international and regional situation. -- PTI
« Back to LIVE

In the three previous rounds of testing since players resumed training there were 12 positives.