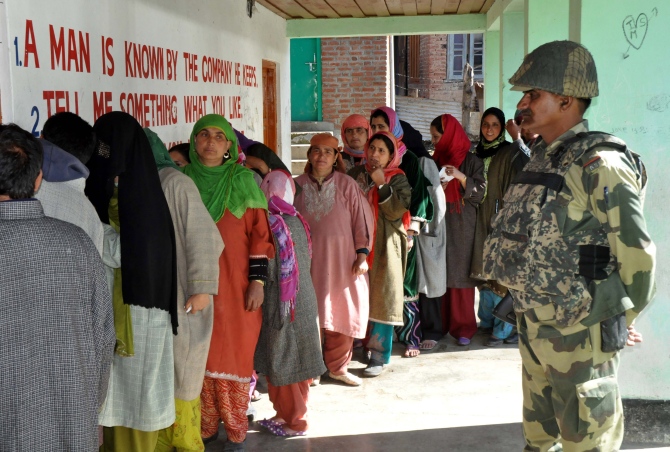 Congress will boycott the local body election in Jammu and Kashmir in protest against the detention of leaders post abrogation of Article 370.
Addressing a press conference, Jammu and Kashmir Congress Chief GA Mir said the Election Commission of India should have consulted with political parties with several state leaders still under detention.
"We won't participate in the Block Development Council election. How can political parties take part when leaders are under detention? The EC should have consulted political parties before announcing block development council election," GA Mir said.
Congress leader Mir said the party would have participated if the administration had released political leaders. "This election is being held to facilitate the victory of only one party. Our party leaders are not even being provided security," Mir said.
Block Development Council polls will be held in Jammu and Kashmir on October 24. These will be the first elections to be held in the state since its special status was revoked under Article 370 on August 5.
Mainstream political leaders in the valley, including two former chief ministers Omar Abdullah and Mehbooba Mufti, have been either detained or placed under house arrest since the government announced dilution of provisions of Article 370 over two months ago.
The state administration said last week that political leaders under house arrest in Kashmir will be released in a phased manner after proper analysis of every individual.
« Back to LIVE