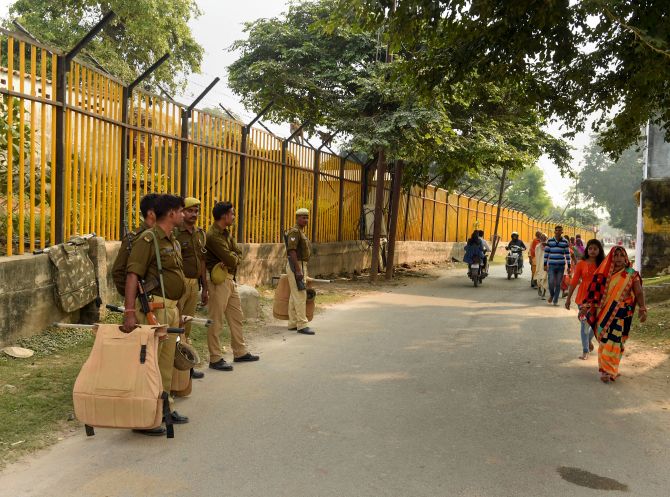 Thursday.
He said the Jamiat had asserted that the Supreme Court verdict in the Ayodhya case, based on evidence, will be respected by it.
Maulana Madani, however, said the judgment was "beyond understanding".
The court accepted that placing idols in a mosque and demolishing it is illegal."But the court gave its decision in favour of those responsible for it," he said.
The JUEH president also said the court has accepted that the Babri mosque was not built by demolishing a temple during Babur's rule.
Madani said a decision on whether a review petition in the Ayodhya case should be filed will be taken in a meeting of the working committee of the JUEH which would sit till late evening to deliberate on the matter.
Settling a fractious issue that goes back more than a century, the Supreme Court, in its verdict in the Babri Masjid-Ram Janmabhoomi title case on Saturday, said the entire 2.77 acres of disputed land should be handed over to the deity Ram Lalla, who was one of the three litigants in the case. -- PTI
« Back to LIVE