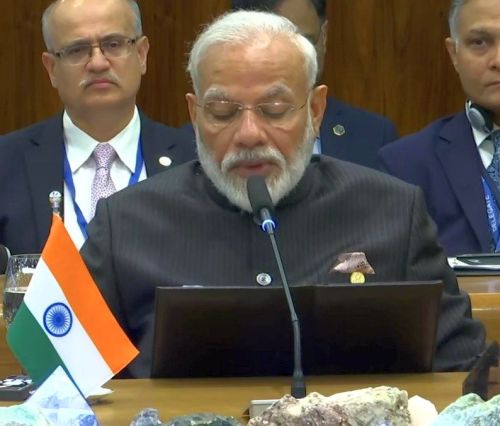 Prime Minister Narendra Modi on Thursday raised the issue of terrorism at the 11th BRICS Summit in Brasilia and said the menace has resulted in the loss of USD 1 trillion to the world economy.
Addressing the BRICS Plenary Session at the iconic Itamaraty Palace in the presence of the Presidents of Brazil, China, Russia and South Africa, Prime Minister Modi said that terrorism is the biggest threat to development, peace and prosperity.
"According to some estimates, the economic growth of developing nations has decreased by 1.5 per cent due to terrorism," he said, adding that the scourge has caused USD 1 trillion loss to the world economy.
Leaders of Brazil, Russia, India, China and South Africa on Thursday opened the 11th BRICS Summit where deliberations are took place on key areas such as trade, investment and counter-terrorism. -- PTI
« Back to LIVE