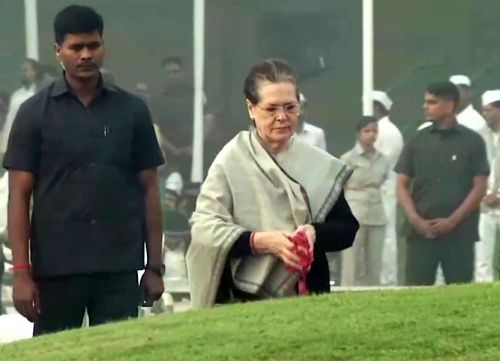 Congress President Sonia Gandhi and Prime Minister Narendra Modi on Thursday paid tribute to India's first prime minister Jawaharlal Nehru on his birth anniversary.
Prime Minister Narendra Modi too paid tribute on Twitter. He wrote, "Tributes to our former PM Pandit Jawaharlal Nehru on his birth anniversary."
In India, Children's Day is celebrated on November 14 every year as a mark of respect to Jawaharlal Nehru, the first prime minister of independent India.
« Back to LIVE