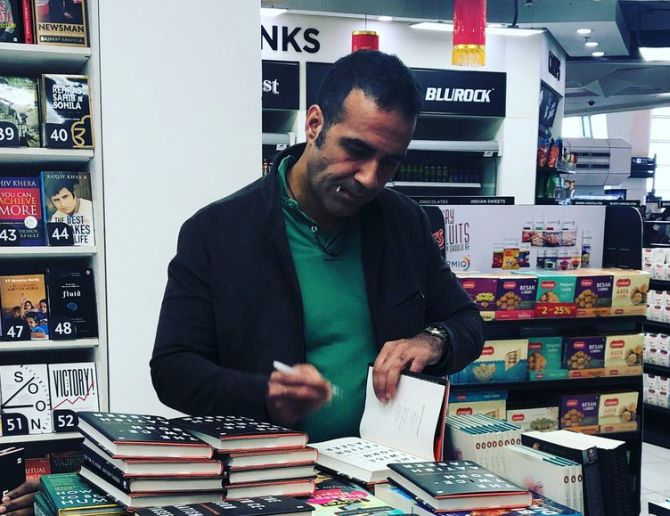 Over 260 prominent personalities including authors Orhan Pamuk, Margaret Atwood, Salman Rushdie and Amitava Ghosh on Thursday expressed concern over the alleged "targeting" of journalist Aatish Taseer and demanded the Indian government restores his Overseas Citizen of India card.
In a letter, published by free speech platform PEN America, the signatories claimed the Indian government is "likely retaliating" against Taseer for his critical coverage of Prime Minister Narendra Modi and called on him to ensure no writer is punished for speaking out.
"Denying access to the country to writers of both foreign and Indian origin casts a chill on public discourse; it flies in the face of India's traditions of free and open debate and respect for a diversity of views, and weakens its credentials as a strong and thriving democracy," the letter reads.
"This is outright retaliation against a journalist who has ticked off an increasingly nationalistic and authoritarian prime minister. Let's not pretend this is something else," the letter states.
Besides Pamuk, Atwood, Rushdie and Ghosh, the letter has been signed by Chimamanda Adichie, Christiane Amanpour, Michael Chabon, Don DeLillo, John Coetzee, Anita Desai, Louise Erdrich, Mia Farrow, Philip Gourevitch, Jhumpa Lahiri, Suketu Mehta, Maaza Mengiste, Perumal Murugan, Edna O'Brien, Gloria Steinem and Manil Suri among others.
Last week, the Ministry of Home Affairs revoked the OCI card of the 38-year-old British author saying he concealed the fact that his father was a Pakistani.
Critics have countered it, claiming Taseer was being targeted for his write-up "Divider-in-Chief" in the TIME magazine which was critical of Modi.
Taseer was raised by his mother Talveen Singh, an Indian journalist. His father Salman Taseer was governor of Pakistan's Punjab province when he was assassinated in 2011.
"We are extremely concerned that Taseer appears to have been targeted for an extremely personal form of retaliation due to his writing and reporting that has been critical of the Indian government. We urge that the spirit of the OCI regulations, which are designed to provide status and connection to their roots and family to citizens of other countries with Indian heritage, are upheld, and do not discriminate against single mothers," reads the letter.
« Back to LIVE