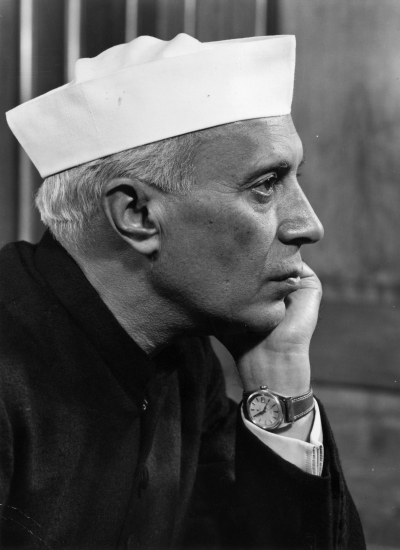 Congress President Sonia Gandhi, former President Pranab Mukherjee and former PM Manmohan Singh on Thursday paid homage to India's first prime minister Jawaharlal Nehru on his birth anniversary. A large number of MPs, senior Congress leaders and  thousands of party workers also paid tributes to Nehru at Shanti Vana on his 130th birth anniversary.
In a tweet, Congress leader Rahul Gandhi said, "On his birth anniversary, we remember our first PM, Pandit Jawaharlal NehruJi, a statesman, visionary, scholar, institution builder and one of the great architects of modern India". He also used the hashtag "RememberingNehruji". -- PTI
Here are some of our columns on Pandit Nehru, which will give you an insight into India's greatest architect.
Nehru's vision for India was unique
Why India needs to thank Nehru
'Nehru was eclectic, and brilliant'
How Gandhi 'spiritualised' Nehru
and finally...
Why Modi and his bhakts despise Nehru
« Back to LIVE