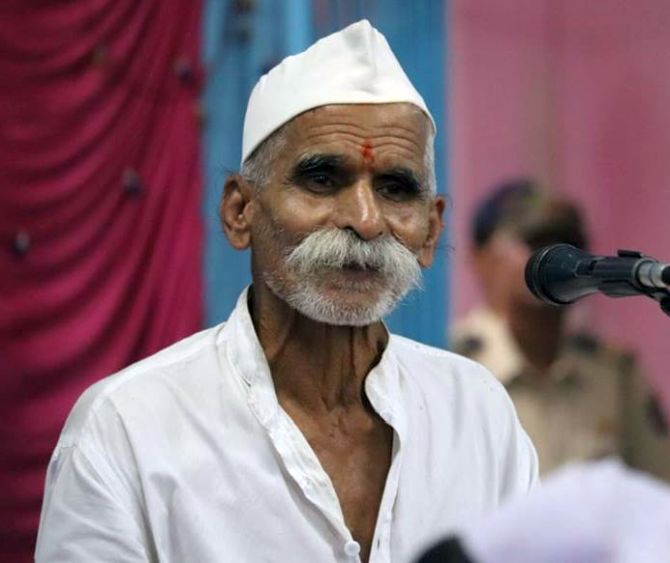 Right wing Hindu leader Sambhaji Bhide visited 'Matoshree', the residence of Shiv Sena president Uddhav Thackeray in suburban Bandra, on late Thursday evening, a Sena source said.
However, Thackeray was not home and therefore Bhide, whose arrival was unexpected, could not meet him, said a close aide of the Sena chief.
Bhide's surprise visit to Matoshree came amid the ongoing stand-off between the Sena and BJP, the two saffron allies, over chief minister's post after the Maharashtra assembly polls.
« Back to LIVE