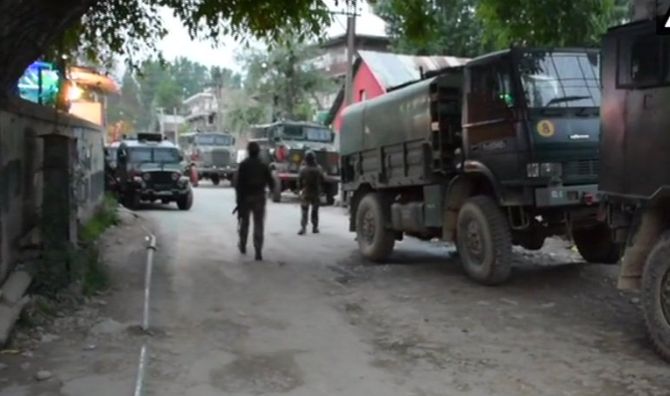 Two terrorists have been killed, while one jawan has lost his life in an encounter between terrorists and security forces in Dalipora area of Pulwama on Thursday morning.
An exchange of fire began in the morning, terrorists were holed-up in a house in Dalipora area.
The operation is still on.   -- ANI
« Back to LIVE