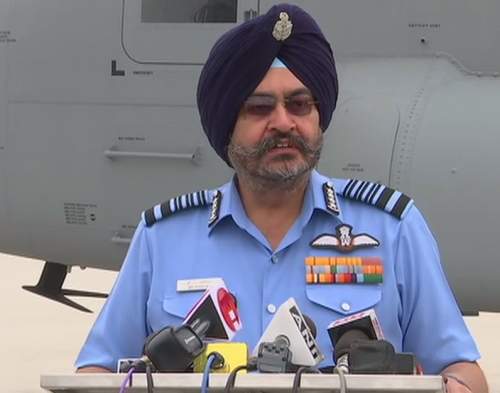 Air Chief Marshal BS Dhanoa on the induction of the Chinook choppers: "Country faces a multiple security challenges; we require vertical lift capability across a diversified terrain. Chinook has been procured with India specific enhancements; it's a national asset.
"Chinook helicopters can carry out military operations not only in the day but during the night too; another unit will be created for the east in Dinjan (Assam). Induction of Chinook will be a game changer the way Rafale is going to be in the fighter fleet."
The Indian Air Force inducted the first unit of four US-made Chinook heavy-lift helicopters on Monday. The first four of such 15 choppers have arrived at Chandigarh's Air Force Station 12 Wing for their deployment by the IAF. Air Chief Marshal BS Dhanoa inducted the aircraft this morning.
« Back to LIVE