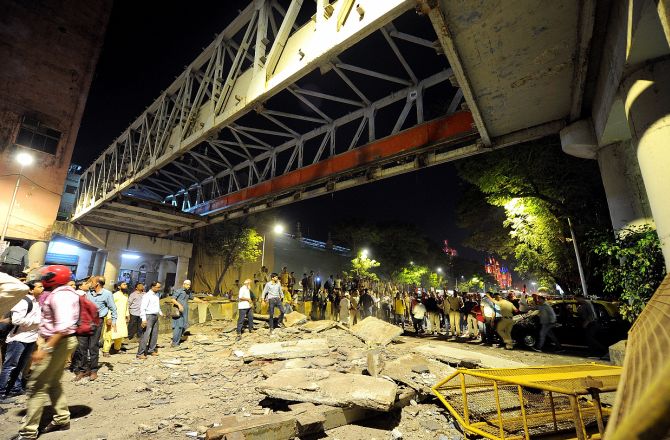 A preliminary report of the Brihanmumbai Municipal Corporation has blamed the structural audit for the collapse of foot-over bridge near the Chhatrapati Shivaji Terminus railway station on Thursday.
The incident had left six people killed and more than 30 others injured.
There is a prima facie reason to believe that the structural audit has been conducted an irresponsible and negligent manner. This tragedy could have been avoided if the structural audit had been done diligently, news agency ANI reported on Friday.
« Back to LIVE