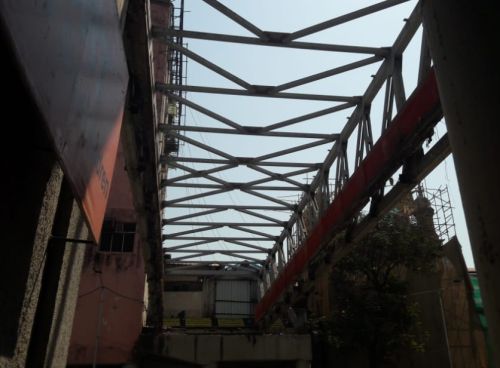 -- France says it has decided to freeze the French assets of Jaish-e-Mohammed Chief Masood Azhar.
-- CST FOB collapse: Remaining portions, including the metallic frame of the bridge, will be removed today. The slabs were removed last night after a part of a foot over bridge near CSMT railway station collapsed yesterday.
Image: Six people died in the FOB collapse at CSMT last evening. Pic: Sahil Salvi.
« Back to LIVE