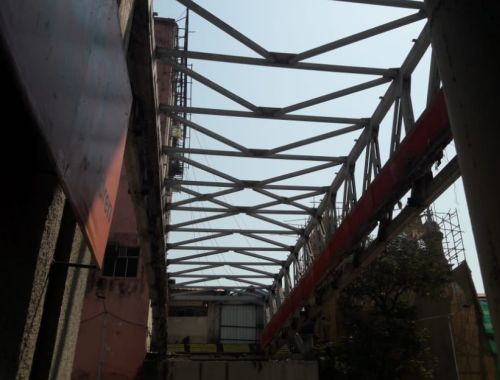 A day after a foot overbridge connected to CSMT railway station collapsed, killing six persons and injuring 31, the BMC has decided to dismantle the structure.
In a meeting chaired by BMC commissioner Ajoy Mehta Friday morning, it was also decided that the civic body's Chief Engineer (Vigilance) would conduct an inquiry into the causes that led to the deck of the FOB collapsing on Thursday evening.
Ward Officer Kiran Dighawkar said work on dismantling the FOB had begun and cranes and gas-cutters had been assembled for the work. "We aim to open DN Road for vehicular traffic by 7 pm Friday," he said.
Another official said the Chief Engineer (Vigilance) has been asked to submit his preliminary report within 24 hours identifying staff responsible and the role of those who carried out its structural audit. The scope of the probe would include the history of the bridge, the time when the structural audit was carried out, and whether the methodology used was appropriate and staff deployed had adequate technical expertise, the official informed.
Earlier in the day, a BMC official had said the FOB was was found to be structurally safe when it was audited in August 2016, soon after a British-era bridge over Savitri River got washed away in monsoon downpour in Mahad in Raigad district. "During that audit, 354 bridges were checked for their structural soundness. The FOB that collapsed on Thursday was marked C2B. This means it needed minor repairs only. Tenders were floated for the repair but it got held up," the official had said Friday morning.
After a visit to the site Friday morning, Chief Minister Devendra Fadnavis had asked Mehta to fix "primary responsibility" for Thursday's foot overbridge collapse by evening. -- PTI
Image: Dismantling the FOB has begun and cranes and gas-cutters have  been assembled for the work. Pic: Sahil Salvi
« Back to LIVE