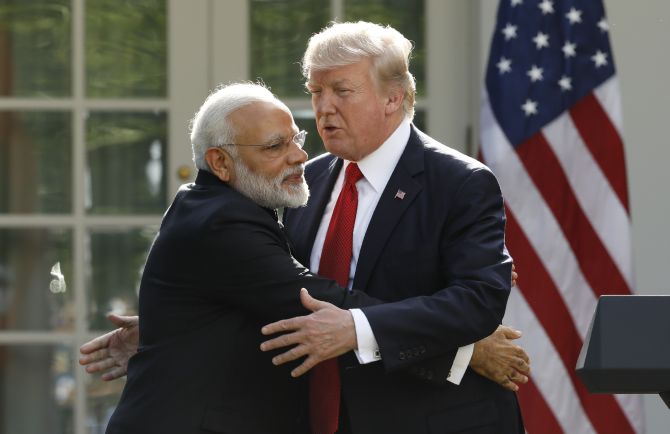 Trump threatens to use military to quell violent protests across US

Trump also said all Americans were "rightly sickened and revolted by the brutal death" of Floyd, and asserted that justice will be served.

For over two decades, Wajid Khan, one half of the composer duo Sajid-Wajid, regaled listeners with infectious compositions and eclectic range.

Numerous prominent athletes, including Tiger Woods, NBA great Michael Jordan, have spoken out as anti-police brutality marches and rallies boiled over across the country.

'Our Lockdown Life has a sort of schizophrenic, Dr-Jekyll-and-Mr-Hyde personality about it,' says Vaihayasi Pande Daniel.