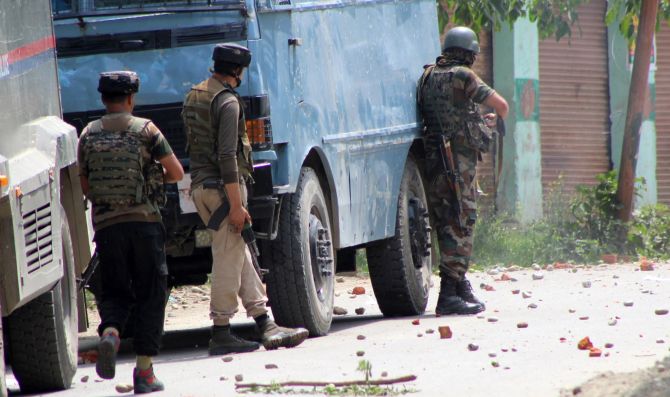 Encounter broke out between terrorists and security forces in Tral of south Kashmir's Pulwama district.
Local sources said that exchange of fire continued for about one hour and the house in which terrorist were hiding has been blasted.
Security forces cordoned the area on Monday evening around 8 pm, after which a contact was established between the terrorists and security forces around 4:30 am on Tuesday.
Government officials had the information of two terrorists being trapped in Tral and that they were hiding in a house.
More reinforcement was rushed to the spot.
Presently firing has stopped and search operation is going in the area.
« Back to LIVE