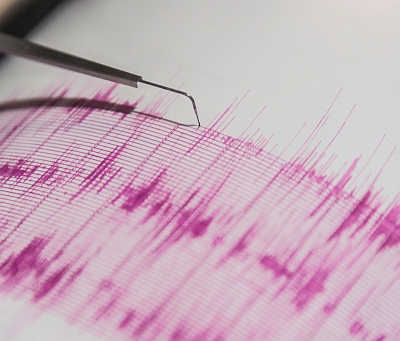 A two-year-old girl died after suffering a fall as tremors caused panic in parts of Palghar district of Maharashtra on Friday, district authorities said.
Tremors ranging from 3 to 4.1 on the Richter scale were experienced on Friday at least six times, an official said.
Tremors were recorded at 6.58 am, 10.03am, 10.29 am, 2.06 pm, 3.53 pm and 4.57 pm in Dahanu and Talasari tehsils.
Vaibhavi Ramesh Bhuyal, 2, died after falling and suffering a head injury at Dhundhalwadi in Dahanu tehsil as panicked locals were rushing out of their homes, a police official said.
There were also reports of wall collapse, officials said.
The region has been experiencing low-intensity tremors routinely since November, and a Central team had visited the district recently.
District Collector Prashant Narnavre appealed those living in kutchha houses to sleep outside at night.
Tents will be set up for people in the affected villages, he said.  -- PTI
« Back to LIVE