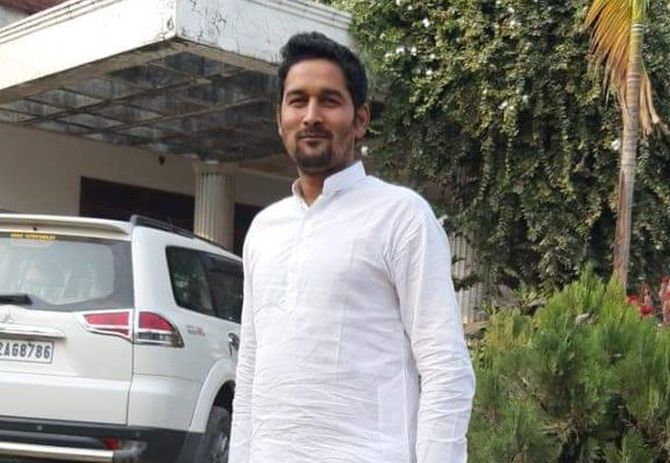 A close aide of mafia don-turned-politician Mohammed Shahabuddin was shot dead late on Friday night, triggering tension in the town, a police official said on Saturday.
Superintendent of Police, Siwan, Naveen Chandra Jha said Mohd Yusuf, 40, was gunned down at a spot about half a kilometer from the Town police station area.
"He received bullet injuries in his chest and died while being taken to a hospital by local policemen who rushed to the spot upon hearing the gunshots," Jha said.
"A few empty cartridges have been recovered from the site of the incident. Investigations are on to identify the culprits. Adequate police deployment has been made to avert any untoward incidents," the SP added.
Yusuf, who was often seen alongside Shahabuddin's wife Hina Shahab and son Osama at public gatherings, is said to have hailed from the same village as the former Rashtriya Janata Dal MP and used to live in a house close to the residence of the jailed politician.
Shahabuddin is currently lodged in Tihar jail, serving life imprisonment in a double murder case.  -- PTI
« Back to LIVE