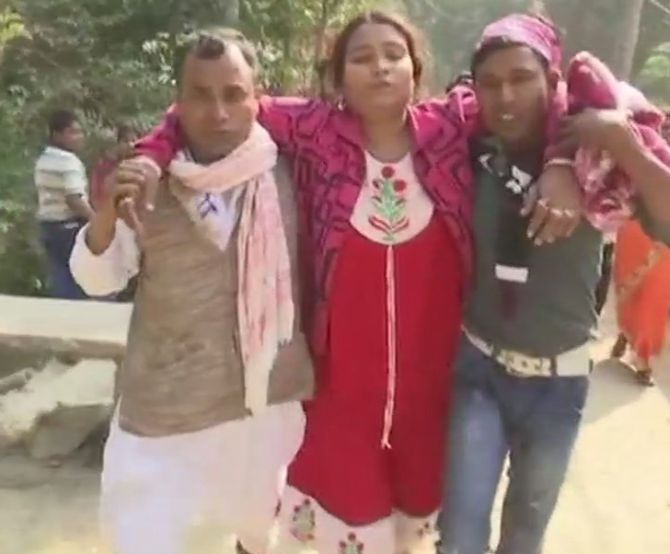 Prime Minister Narendra Modi cut short his speech at a rally in North 24 Parganas in Thakurnagar on Saturday after a stampede-like situation broke out at the venue leading to injuries to several persons.
Several women and children were injured, a senior police officer said.
While Modi was addressing the well-attended rally of the Matua community, hundreds of supporters who were standing outside the venue tried to barge into the inner ring of the rally ground, leading to commotion.
Modi tried to pacify the crowd by asking them to stay put in their places and stop from making efforts to come on the front side of the inner ring.
However, his pleas went unheard as supporters started throwing chairs inside the no-man zone in front of the stage to make space for others to stand in the inner ring, which was earmarked for women supporters.
Following the commotion, Modi abruptly cut short his speech, saying he has another rally to attend and decided to leave the location.
Several women and children fainted during the stampede-like situation and were also rushed to the hospital for primary treatment, the officer said.
The incident brought back memories of Modi's July 16 rally last year at West Midnapore district when a make-shift stage collapsed leading to injuries to several persons.  -- PTI
« Back to LIVE