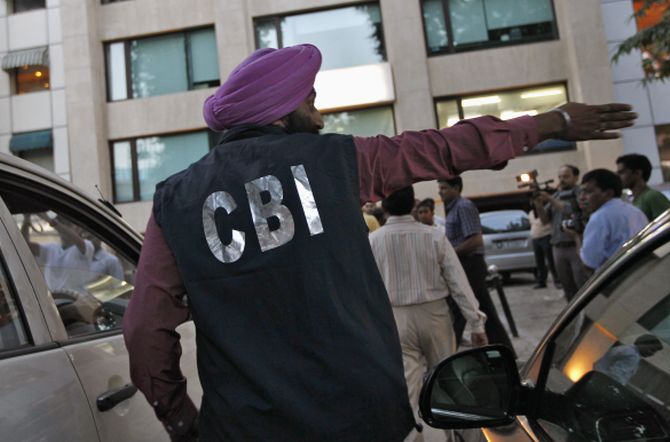 The Centre is likely to announce the name of next CBI chief soon, ignoring the objections raised by Congress leader Mallikarjun Kharge, a member of Prime Minister Narendra Modi-led selection committee, on the names of probable contenders proposed by the government, officials said.
During the second meeting of the committee on Friday, the government is understood to have put forth a few names of officers who could be considered for appointment as the CBI director, they said. However, these names were objected to by Kharge, who is part of the three-member committee, the officials said.
Senior IPS officers of 1984 batch, Javeed Ahmed, Rajni Kant Misra and S S Deswal, are said to be among the top contenders for the coveted post.
Ahmed, an officer of Uttar Pradesh cadre, is at present the chief of National Institute of Criminology and Forensic Sciences here.
Ahmed's cadre and batchmate Misra is head of the Border Security Force. Deswal, who is from Haryana cadre, is the director general of Indo-Tibetan Border Police.
"The meeting was inconclusive. No decision could be taken during the meeting," a senior government official said, without citing further details on the selection committee's meeting held.
The development assumes significance as earlier in the day, the Supreme Court said it was "averse" to the arrangement of an interim CBI director and the Centre should "immediately" appoint a regular chief of the probe agency.
« Back to LIVE