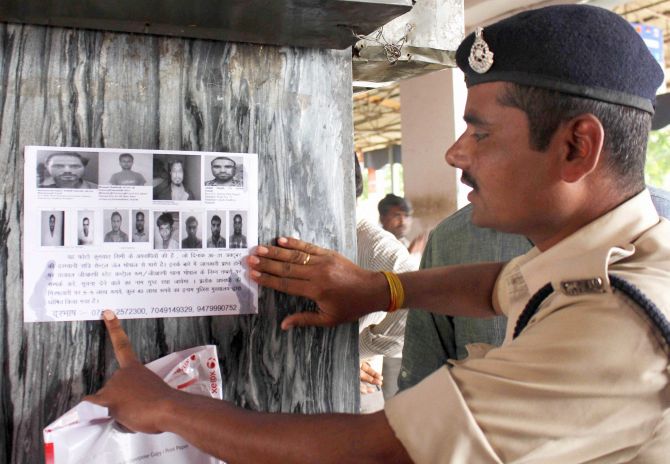 The Students Islamic Movement of India, which is allegedly involved in a series of terror acts in the country, has been banned by the government for five more years as it continues to indulge in subversive activities.
According to a home ministry notification, if the unlawful activities of SIMI are not curbed and controlled immediately, it will continue its subversive activities, re-organise its activists, who are still absconding, and disrupt the secular fabric of the country by propagating anti-national sentiments and escalating secessionism.
Now, therefore, in exercise of the powers conferred by sub-sections (1) and (3) of section 3 of the Unlawful Activities (Prevention) Act, 1967, the central government hereby declares the SIMI as an unlawful association and directs that this notification shall, subject to any order that may be made under section 4 of the said Act, have effect for a period of five years, the notification said.
The imposition of the ban on SIMI by the government will have to be confirmed by a tribunal.
The home ministry listed 58 cases where members belonging to the SIMI were allegedly involved.
The ministry said the organisation has been polluting the minds of the people by creating communal disharmony, undertaking activities which are prejudicial to the integrity and security of the country.
The central government is also of the opinion that having regard to the activities of the SIMI, it is necessary to declare the SIMI to be an unlawful association with immediate effect, it said. The order comes into effect from Thursday.
Among the terror acts in which SIMI members were allegedly involved are blasts in Gaya in 2017, M Chinnaswamy stadium in Bangalore in 2014, and jail break in Bhopal in 2014.
Image: A file photo of a security personnel pasting posters at a railway station of eight SIMI members who had escaped from Central Jail killing a security guard in Bhopal in 2016.
« Back to LIVE