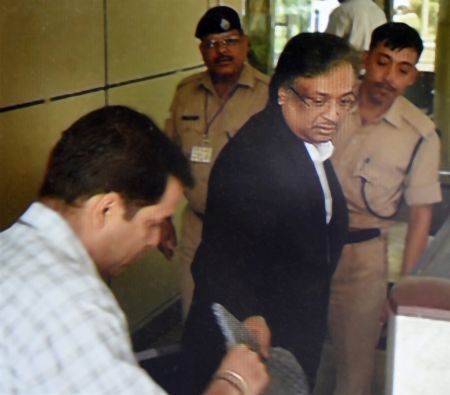 A Delhi court on Saturday extended by six days the Enforcement Directorate custody of lawyer Gautam Khaitan, an accused in the AgustaWestland VVIP chopper scam, in connection with a fresh case of alleged possession of black money and money laundering.
Special Judge Arvind Kumar extended the ED custody of Khaitan, who was already being prosecuted in a case related to AgustaWestland and was out on bail.
The court also directed the agency to take medical care of Khaitan after he complained that he was not able to sleep properly.
The court had earlier sent him to the ED custody after the agency alleged that he was operating and holding a number of foreign accounts illegally and thereby possessing black money and stashing assets.
The fresh criminal case under the PMLA was filed by the ED against Khaitan on the basis of a case filed by the Income Tax Department against him under Section 51 of the Black Money (Undisclosed Foreign Income and Assets) and Imposition of Tax Act, 2015.  -- PTI
« Back to LIVE