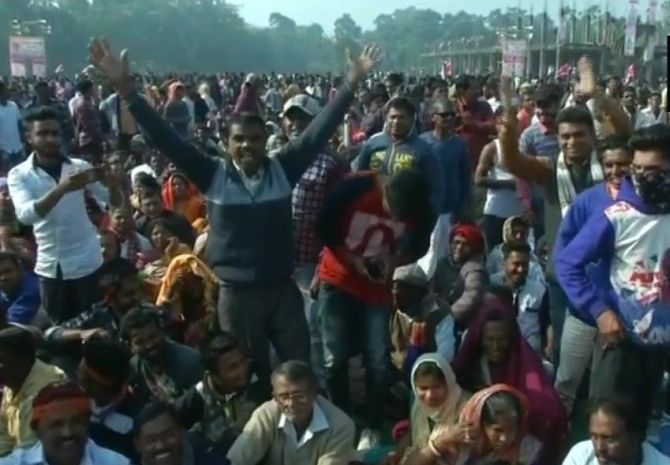 Clashes broke out between Bharatiya Janata Party and Trinamool Congress activists in Durgapur town in West Burdwan district over the alleged removal of Prime Minister Narendra Modi's posters near the venue of his proposed rally on Saturday.
Activists of the BJP were injured in the incident that took place on Friday night, the party's state general secretary Sayantan Basu told PTI.
Basu also alleged that TMC workers threatened the BJP activists and tore apart posters and placards bearing pictures of the PM, who is scheduled to kickoff the saffron party's campaign in West Bengal for the upcoming Lok Sabha election.
"They took out our posters and pasted photos of TMC leaders. Our workers were also roughed up," he said.
The local TMC leadership denied the allegations, and instead, claimed it was the BJP that sprayed black paint on posters of Chief Minister Mamata Banerjee.
Both the parties claimed that few of their activists were injured in the incident.
Police said it has received complaints and are looking into the matter.  -- PTI
« Back to LIVE