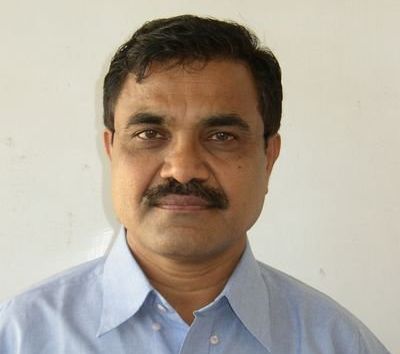 A court in Pune rejected on Friday anticipatory bail application filed by Dalit scholar Anand Teltumbde in the Elgar Parishad-Maoist links case.
Additional sessions judge Kishor Vadane observed that an investigating officer has collected sufficient material against Teltumbde.
"In my view, there is sufficient material collected by the investigating officer to show the involvement of the present accused in the alleged commission of the offence," the judge observed.
The investigation was at a crucial stage and custodial interrogation of the accused was necessary, the court held.
The prosecution on Thursday had submitted an envelope containing 'evidence', claiming that it proves Teltumbde's involvement in Maoist activities.
Teltumbde filed the anticipatory (pre-arrest) bail application before the Pune court after the Supreme Court rejected his plea seeking to quash the FIR against him in the Elgar Parishad case.
Prosecutor Ujjwala Pawar had argued that some of the correspondence seized by  police revealed that the leaders of the banned Communist Party of India (Maoist) comrade Prakash, Milind (Teltumbde), Surendra Gadling, Rona Wilson, Shoma Sen and Anand Teltumbde were in contact with each other.
"It establishes a larger conspiracy," she had said.
Gadling, Wilson and Sen are already arrested.
Defence lawyer Rohan Nahar contended that there was no evidence to show that 'comrade Anand' in the alleged correspondence, to which the prosecution had referred, was Teltumbde.
But the judge, in the order, said the documents submitted by the prosecution in the envelop 'prima facie' reveal that it has some material to show that they were oneand the same person.
Nahar said he will challenge the order in the Bombay high court.
According to Pune Police, Maoists had supported the Elgar Parishad conclave held in Pune on December 31, 2017, and the inflammatory speeches there led to violent clashes at the Koregaon Bhima war memorial the next day.  -- PTI
« Back to LIVE

Rohit, Kohli Gear Up For The Aussies!

Rohit Sharma and Virat Kohli took to the nets during India's training session at the Vidarbha Cricket Association Stadium in Nagpur.

While the Supreme Court is seized of the matter related to the plea to restrain lawyer Lekshmana Chandra Victoria Gowri from taking oath as a judge of the Madras high court, a senior advocate, who was among those who opposed her...

'I want to explore more than just be a pretty face.'

Ian Chappell feels that Ravichandran Ashwin will certainly be the biggest threat but the Australia batters need to be proactive against him.