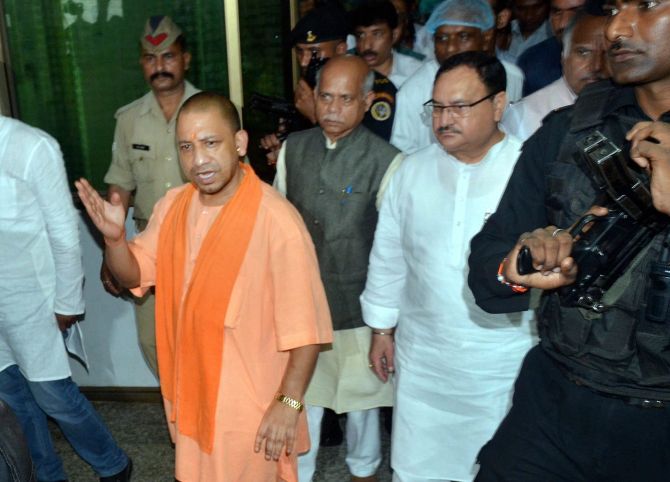 In a veiled attack at Congress leader Priyanka Gandhi Vadra, Chief Minister Yogi Adityanath on Monday said that those people who have got the politics in legacy would not understand the meaning of people's service.
'Whosoever creates hurdle in the path of people's works being done by a 'sanyasi' has to face the punishment. What will they understand the meaning of people's service, who have got the politics in legacy and indulge in appeasement by forgetting the nation,' said Chief Minister Adityanath in a Tweet.
Addressing a press conference earlier today, Priyanka had cited India's deep-rooted connection with the saffron while cornering Adityanath over his 'revenge' remark.
'Yogi Ji wears 'bhagwa' (saffron). It is not his personal. Saffron belongs to this country's religious and spiritual spirit. It is a symbol of the Hindu religion. He should follow that religion. There is no place for revenge and violence in that religion,' Gandhi had said. -- ANI
« Back to LIVE