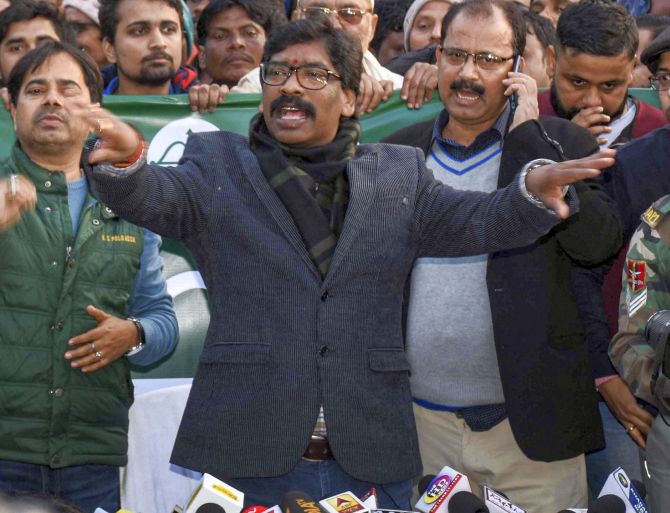 The JMM-led coalition government led by Hemant Soren on day one decided to withdraw all cases registered against supporters of Pathalgadi movement and against those who had opposed to the proposed amendments in the Chhota Nagpur Tenancy Act and Santhal Pargana Tenancy Act.
Cases related to Pathalgadi movement and connected with opposition to proposed amendments in land tenancy laws will be dropped and FIRs lodged in various police stations will be withdrawn, said cabinet secretary Ajoy Kumar Singh while briefing the outcome of the first cabinet meeting on Sunday.
Some of tribal belts, especially in Khunti district had witnessed a separatist movement--Pathalgadi. Pathalgadi is a practice of raising stone plaques at village outskirts with warnings and declarations inscribed on it. The plaques declared village gram sabha, the only sovereign authority. It banned entry of outsiders in the village.
Reportedly, there were more than 75 FIRs registered in different police stations in Khunti district .
The then Raghubar Das governments decision to amend the tenancy laws in 2017 also witnessed widespread protests.
« Back to LIVE