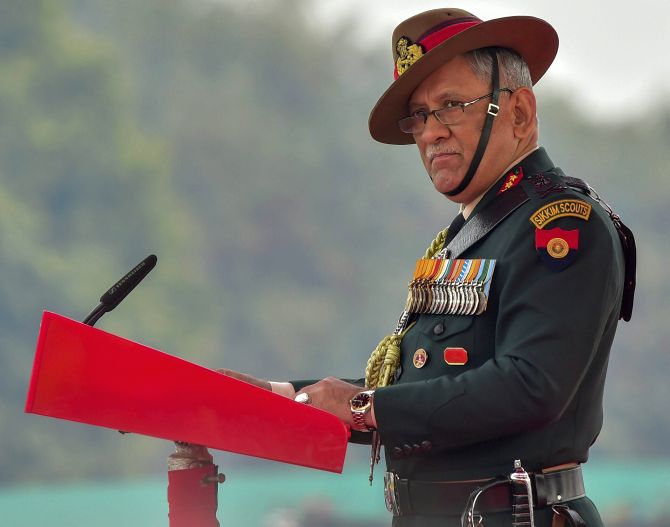 Indian Army chief General Bipin Rawat has been named as India's first Chief of Defence Staff.
The announcement of the name of India's Chief of Defence Staff was made months after PM Narendra Modi, in his Independence Day speech, promised that his government would establish the top military post.
On December 24, the government formally established the post of Chief of Defence Staff. The government released the charter and duties of the CDS and said that the post would be occupied by a four-star officer from the Indian Army, Indian Navy or the Indian Air Force.
Days later, the government amended the rules of the Army, Navy and the Air Force to allow a Chief of Defence Staff to serve until the age of 65. Currently, the three service chiefs retire after either completing three years in office or once they reach the age of 62, whichever is earlier
The CDS will be the "first among equals" with respect to the three service chiefs, all four-star officers themselves who will retain the operational command of their respective forces.
The government said that the CDS will head the newly established Department of Military Affairs within the Ministry of Defence. Among the areas the CDS will focus on will be promoting jointness in procurement, training and staffing and facilitation the restructuring of military commands for optimal utilisation of resources.
PLEASE READ: Appointment of CDS is a game-changer
« Back to LIVE