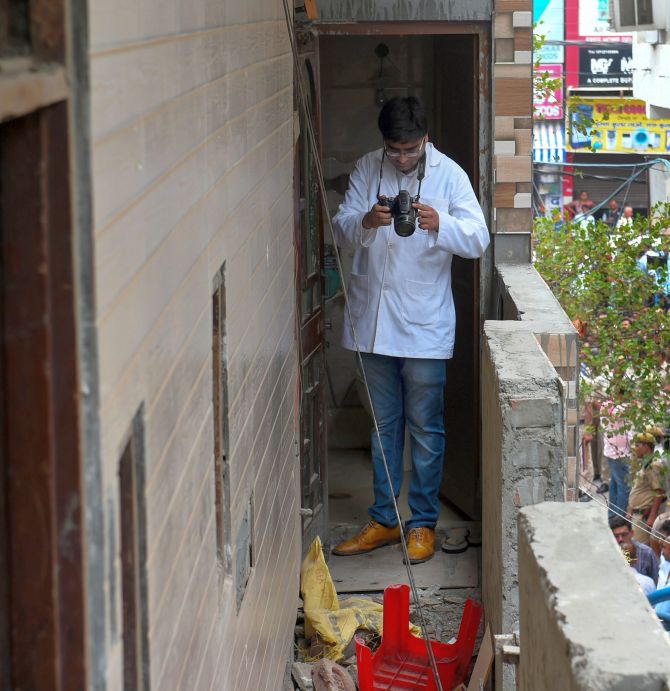 The ground floor of the house which is 'haunted' after 11 members of a family committed suicide in July last year, is now a diagnostic centre.
The owner of the diagnostic centre said that he doesn't believe in superstitions.
"I don't believe in superstitions. If I have believed in such things I would not have come here. My patients have no problem coming here for the test," said Dr Mohan Singh. "I have no problem with it, this house is convenient as it is near the road. I am not superstitious", he said.
Ravinder a local, said "What happened, happened. All things are okay now."
"They were very good people and there is no such things like an evil spirit. Their souls have gone directly to heaven," said Suresh, another local.
The house caught eyeballs last year when bodies of seven women and four men were found on July 1. The post-mortem report confirmed suicide.
-- ANI
« Back to LIVE