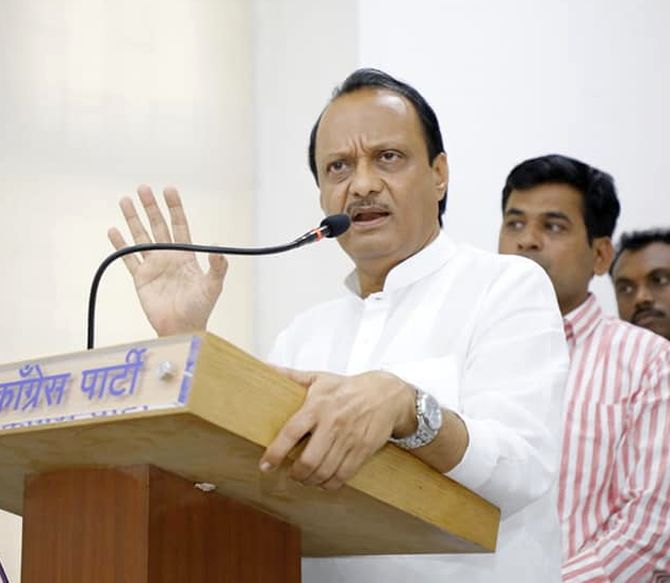 Ajit Pawar takes oath as minister in Maharashtra Government, he will be the Deputy Chief Minister of the state.  Ten Congress MLAs, including former chief minister Ashok Chavan, will join the Uddhav Thackeray-led Maharashtra council of ministers during its expansion. The swearing-in is taking place in the Vidhan Bhavan (state legislature) premises where a total of 36 ministers are likely to take oath.
« Back to LIVE