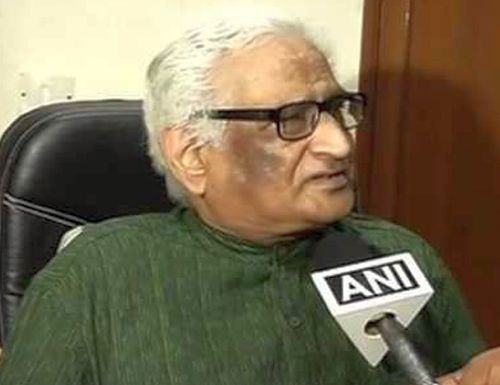 Senior advocate Rajeev Dhawan, who appeared for Sunni Waqf Board and other Muslim parties in the Ayodhya case in Supreme Court, said on Tuesday he has been sacked from the case.
Just been sacked from the Babri case by AOR Ejaz Maqbool who was representing the Jamiat. Have sent formal letter accepting the sacking without demur. No longer involved in the review or the case, Dhavan said in a Facebook post.
The senior advocate said that he was told that he was being removed from the review of the case as he was unwell.
« Back to LIVE

Rajya Sabha Chairman M Venkaiah Naidu said the House had to hold 18 sittings but it held only 10.

Another cheque for Mukesh's Reliance Retail

Investment by US PE firm KKR will add fire to Ambani's battle for dominance in the retail market that is also being eyed by Jeff Bezos' Amazon and Walmart's Flipkart.

Falguni and Shane Peacock's couture line 'Epouse-Moi a Jaipur' Marry Me In Jaipur is inspired by the duo's love for the Pink City.

'Hopefully, through my content choices, I have been able to contribute towards my country and countrymen.'