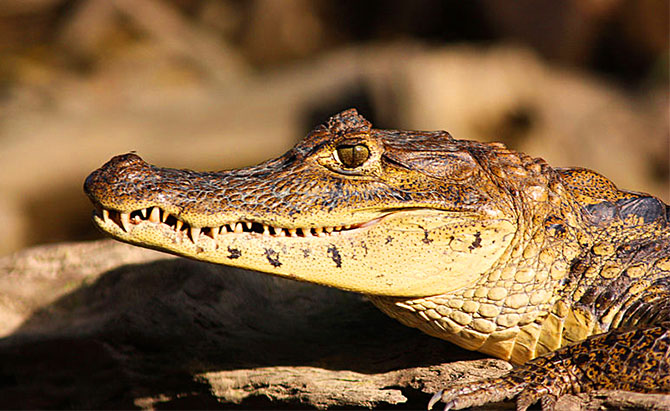 The carcass of a crocodile with a bullet injury mark was found at Bendighat of the Yamuna river in Tindwari area of Banda district, forest department officials said on Tuesday. "The carcass was found on Monday evening. It appears that someone has shot the crocodile," Forest Ranger Krishnspal said. An FIR has been registered in the matter against unidentified person and a probe into the matter is on, he said. PTI
Representational image.
« Back to LIVE

Individual orders were issued to all blacklisted Tablighis: Govt to SC

As per the information available, 205 first information reports have been lodged against the foreign Tablighi Jamaat members by 11 states and 2,765 such foreigners have been blacklisted so far, while visas of 2,679 foreigners (including...

According to experts, the banning of the apps has created negative sentiments and reduced the confidence among the Chinese investors to invest in India.

In Pictures - TV serials start shoots with masks on

Shooting for serials like Kumkum Bhagya and Kundali Bhagya has begun, and the cast and crew are taking ample precautions while getting their work done.

Why you want to cheer for this Delhi cop

Despite the Delhi police's tarnished reputation in recent months, viewers find themselves rooting for Inspector Hathiram Chaudhary because he displays both vulnerability and remorse, observes Ranjita Ganesan.