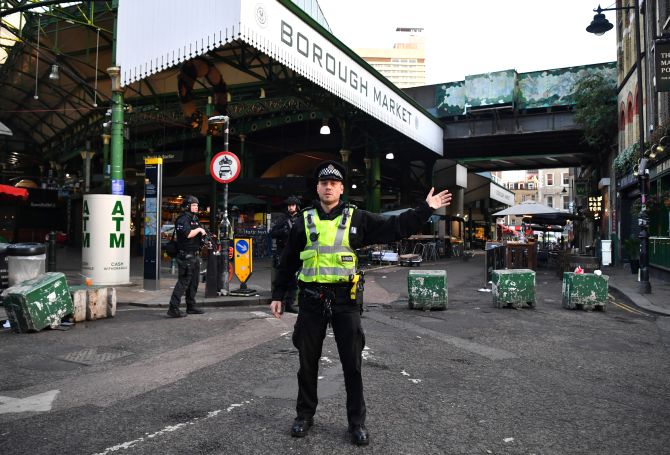 Dozens of protesters carrying banners and chanting slogans against a Pakistani newspaper tried to storm its offices in Islamabad, enraged over the leading daily's news report in which the London Bridge attacker was identified as a "man of Pakistani origin".
The Dawn newspaper in its headline had identified Usman Khan, a convicted Islamist terrorist from Pakistan-occupied Kashmir who stabbed two people to death in a terror attack on London Bridge last week, as "UK national of Pakistani origin, unlike many other local dailies which said he was born and brought up in Britain and had no link with Pakistan.
A few dozen unidentified people on Monday staged a protest outside Dawn offices in Islamabad over publication of a news report regarding the ethnicity of the London Bridge attacker of last week, the paper reported on Tuesday. They were apparently angered by the headline of newspaper last week in which it identified Khan as a man of Pakistani origin. -- PTI
« Back to LIVE