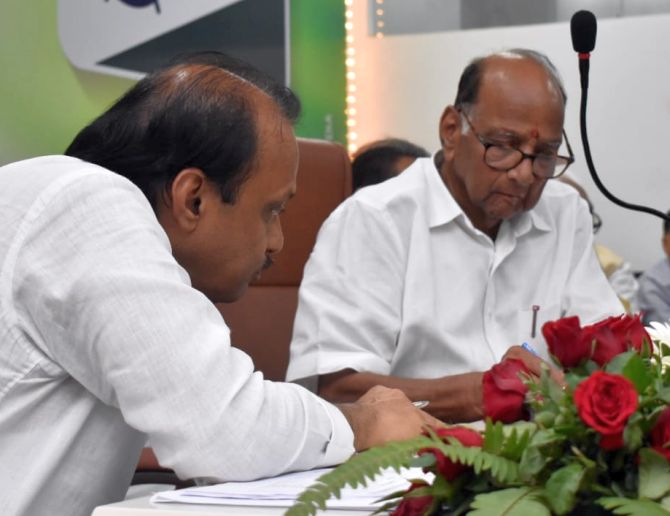 Nationalist Congress Party chief Sharad Pawar said on Monday that senior party leader and his nephew, Ajit Pawar , had confessed to him that allying with the Bharatiya Janata Party was a mistake. The 78-year-old leader also indicated that he may forgive Ajit for the misadventure that barely lasted 80 hours.
Pawar said that Ajit, who was widely considered as the number 2 in the party before he broke ranks and backed BJPs Devendra Fadnavis, was irked by the long negotiation and disagreements between the NCP, Congress and the Shiv Sena on November 22.
"Irked with that disagreement and the ongoing discussion with Congress, Ajit took this call that night. He was told oath has to be taken immediately, if this deal had to be done. Later, Ajit told me he made a mistake," said Pawar.
Pawar, however, indicated that his nephew would be forgiven and pointed out that a large section within the NCP looked up to Ajits leadership. "He is always available for them [party workers and leaders] when I am busy in Delhi. This is whether we are in power or not."
« Back to LIVE