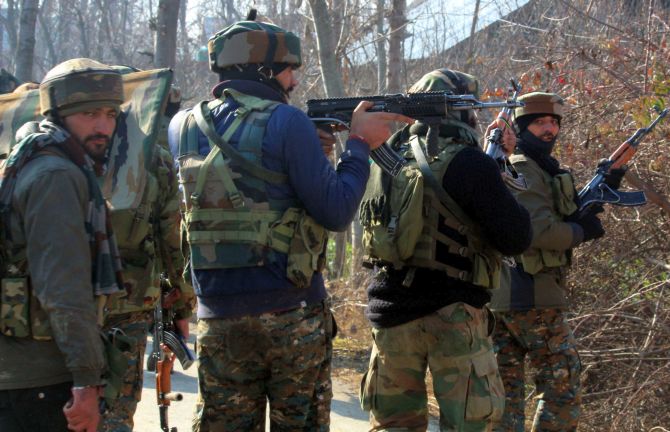 The Supreme Court refuses an urgent hearing on a plea filed by Tehseen Poonawalla seeking withdrawal of curfew, blocking of phone lines, internet, news channels and other restrictions from Jammu and Kashmir. The court also refuses to give an early hearing to a mentioning by lawyer, Manohar Lal Sharma, challenging the abrogation of Article 370. Division bench headed by Justice NV Ramana said, "the matter would be placed before the appropriate bench, that is the CJI, for listing the matter".
Over 500 important political workers and leaders, including former chief ministers Omar Abdullah and Mehbooba Mufti, have been detained in Jammu and Kashmir since the Centre decided to revoke provisions of Article 370 and divide the state to two union territories, officials said. Activists across the political spectrum have been detained in Srinagar as well as other parts of the valley, they said.
« Back to LIVE