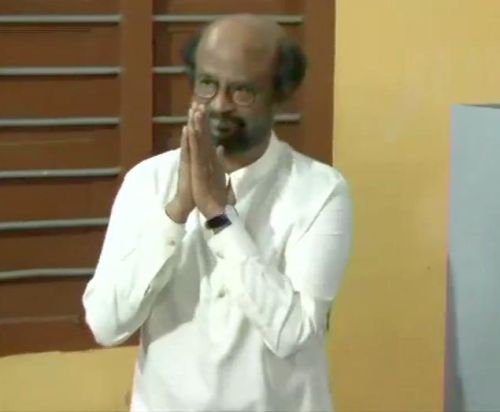 The polling is underway for 95 Lok Sabha seats spread across 11 states and the union territory of Puducherry with Tamil Nadu witnessing contest in 38 constituencies.
Voting was also underway in 35 assembly constituencies in Odisha and in 18 assembly seats in Tamil Nadu.
Prominent faces in the fray in the Lok Sabha contest are Union ministers Jitendra Singh, Jual Oram, Sadananda Gowda and Pon Radhakrishnan; former prime minister H D Deve Gowda; DMK's Dayanidhi Maran, A Raja and Kanimozhi; Congress leaders Verappa Moily and Raj Babbar; National Conference president Farooq Abdullah and BJP's Hema Malini.
Over 15.80 crore voters will decide the fate of the 1,600-odd contestants.
In Tamil Nadu, polling is being held in 38 of the 39 Lok Sabha seats. Polling in Vellore Lok Sabha seat was cancelled Tuesday by the Election Commission following recovery of huge amount of cash allegedly from an associate of a DMK leader recently.
The EC also announced postponement of polling in Tripura (East) Lok Sabha seat to the third phase on April 23, saying the prevailing law-and-order situation there is not conducive for holding free and fair polls.
Besides Tamil Nadu, polling is being held in 14 seats in Karnataka, 10 in Maharashtra, eight in Uttar Pradesh, five each in Assam, Bihar and Odisha, three each in Chhattisgarh and West Bengal, two in Jammu and Kashmir and one seat each in Manipur and Puducherry.
Of the 95 constituencies, the AIADMK holds the maximum of 36 seats, followed by the BJP with 27 seats. The Congress had won 12 of these seats in 2014, the Shiv Sena and the BJD 4 each, the JD-S and the RJD two each and the AIUDF, the NCP, the JD-U, the PDP, the AINRC, the PMK, the CPI-M and the TMC one seat each.
The Lok Sabha polls are being held in seven-phases for 543 seats on April 11, April 18, April 23, April 29, May 6, May 12 and May 19, and counting will be on May 23. -- PTI
Image: Actor-turned-politician Rajinikanth casts his vote at the polling station in Stella Maris College, in Chennai Central parliamentary constituency. Photograph: ANI
« Back to LIVE