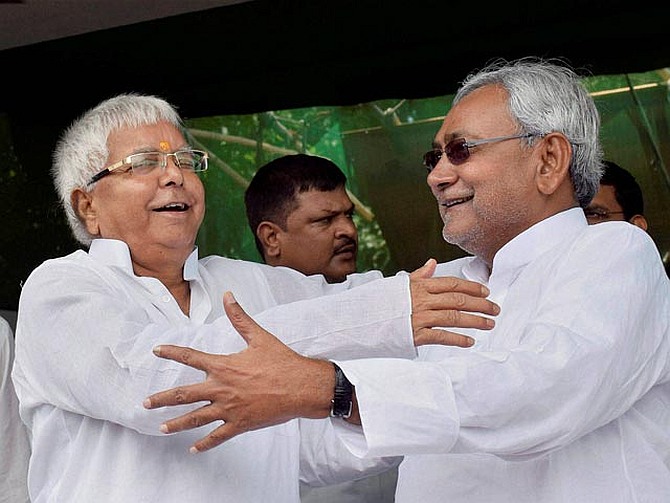 Ahead of the Lok Sabha Elections, Rashtriya Janta Dal leader Tejashwi Yadav on Friday said that his father Lalu Prasad Yadav has mentioned in his upcoming autobiography "From Gopalganj to Raisina" that Bihar Chief Minister Nitish Kumar made many attempts to rejoin the grand alliance within six months of reuniting with National Democratic Alliance in 2017.
Talking to ANI in Patna, Tejashwi said, "My father in his upcoming book "Gopalganj to Raisina" has mentioned that Nitish Kumar made many attempts to get back and ally with us."
The RJD leader emphasised that he has proof that Nitish Kumar tried his best to contact him, Lalu Yadav and even Congress to form the grand alliance. "We will not ally with Nitish Kumar ever," he added.
On the question of his meeting with JDU vice-president Prashant Kishor, the man behind bringing RJD and JD (U) under the banner of Mahagathbandhan (Grand Alliance) in 2015, the RJD leader said, "He has not invited him, instead, he came on his own."
"Everyone one knows Prashant Kishor does not meet anyone without reason," he added.
Former JDU leader Sharad Yadav, who is contesting Lok Sabha Polls from Madhepura on RJD ticket also confirmed that Nitish Kumar had tried to patch up with the grand alliance.
Speaking to the media in Patna on Friday, Yadav said, 'It is true what Lalu Yadav has written in his book about Nitish Kumar making several attempts to join the grand alliance." -- ANI
« Back to LIVE