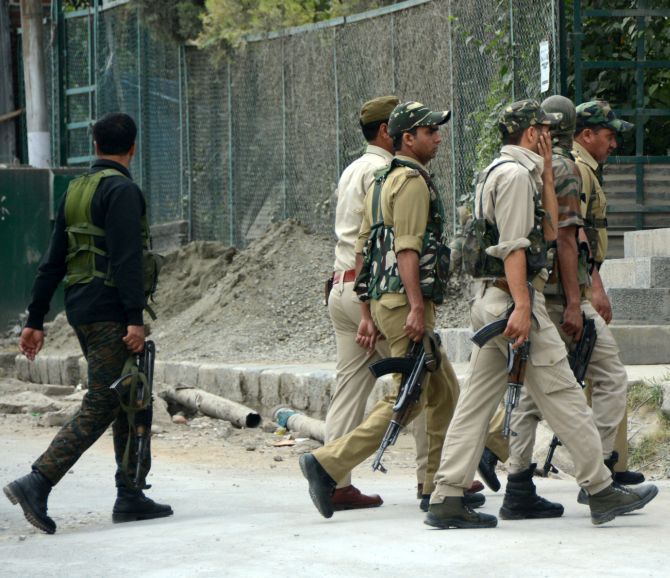 Police personnel deputed to execute an arrest warrant came under attack by a mob in Jammu and Kashmir's Budgam district on Friday and a constable was briefly held hostage, an official spokesperson said.
Personnel from the Beerwah police station were tasked to execute the non-bailable arrest warrant issued by a court under Section 512 of the Code of Criminal Procedure against accused Tariq Malik, a resident of the Waragam area of Budgam in central Kashmir, a police spokesman said.
He said the police party came under attack soon after reaching the village.
The constable, who was held hostage by the mob, was eventually let go, the official said.
A case has been registered under relevant sections of the law and an investigation initiated, he added.  -- PTI
Image only for representation.