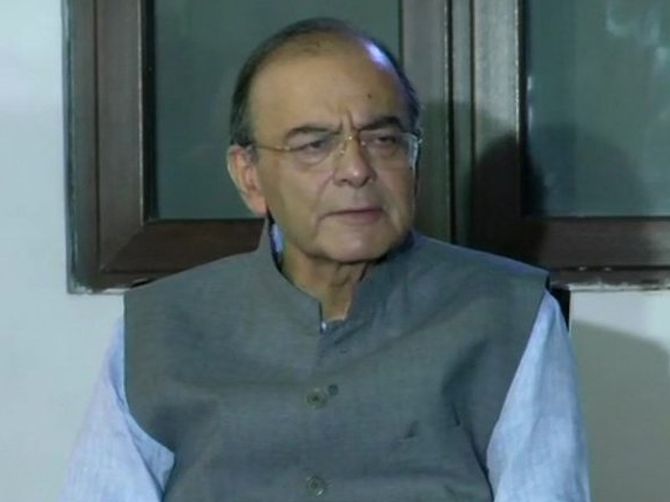 The government Friday decided to relax norms for raising overseas borrowing and impose restrictions on the non-essential imports as part of efforts to check rising current account deficit amid falling rupee.
These decisions were taken at a meeting chaired by Prime Minister Narendra Modi to review the state of the economy.
Modi was briefed by Reserve Bank Governor Urjit Patel and officials of the Finance Ministry, Union Finance Minister Arun Jaitley told reporters here after the meeting.
The decisions are aimed at checking the CAD and increase foreign exchange inflows, Jaitley said.
The government would also take steps to promote exporters and restrict non-essential imports, he added.
Jaitley, however, did not disclose items on which import restrictions would be imposed.
"To address the issue of expanding CAD, the government will take necessary steps to cut down non-essential imports and increase exports. The commodities of which imports will be cut down will be decided after consultations with concerned ministries and will be WTO-compliant," he said.
The rupee touched an all-time low of 72.91 against the US dollar on September 12 and it closed at 71.84.
The domestic currency has declined around 6 per cent since August and touched an all-time low of 72 level this week.
Petrol and diesel prices have also touched record highs.  -- PTI
« Back to LIVE