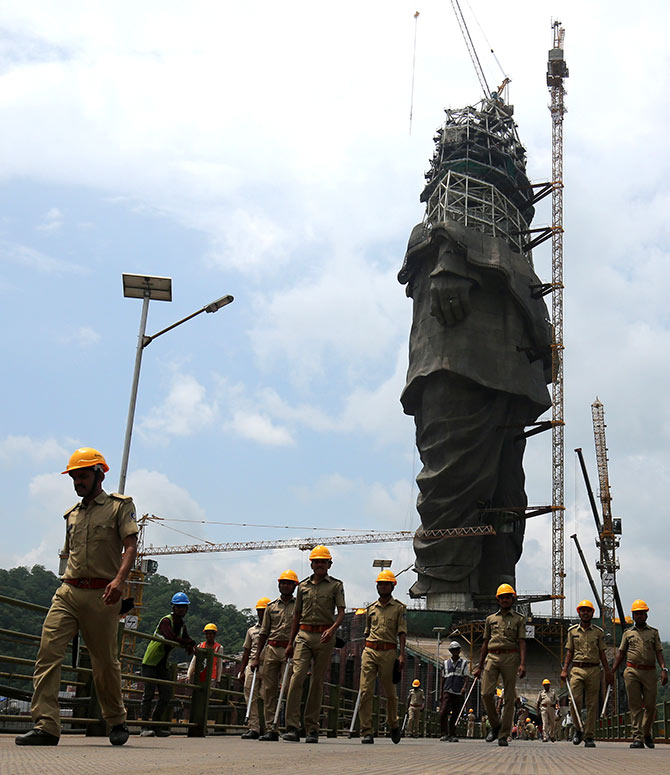 Prime Minister Narendra Modi will inaugurate a statue of Sardar Patel, described by the Gujarat government as the world's tallest, on the birth anniversary of India's first home minister on October 31, Chief Minister Vijay Rupani said.
The statue with a height of 182 metres will be a symbol of the country's unity and integrity. It has been called as statue of unity by the Gujarat government.
Also see: How far the 'Statue of Unity' has come
« Back to LIVE