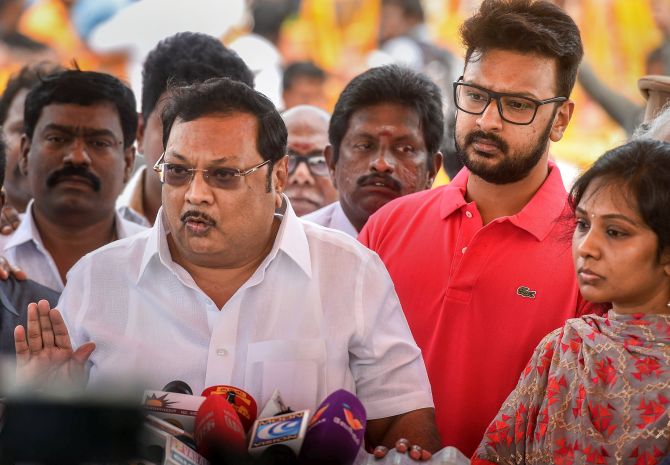 Amid the stoic silence of DMK on his wish to re-enter the party, expelled leader M K Alagiri Monday said he would decide his next course of action shortly.


Alagiri, whose Chennai rally last week, billed as a "massive show of strength" to press for his reinduction turned out to be a tame affair, said he would consult his supporters and take a decision on the future course of action.


The former union minister said a bronze statue of late DMK patriarch and his father M Karunanidhi would be installed soon.


Alagiri, expelled from the party by Karunanidhi in 2014 at the height of his tussle for supremacy with younger brother and now party chief M K Stalin, had organised the silent march to his father's mausoleum on the Marina beach on September 5. Though the rally was keenly watched, not a single DMK functionary was present. -- PTI
« Back to LIVE
Business emailOffice email AppDomain registrationWebsiteRediffmailMoneyCompany emailOnline ShoppingBooksGiftsVideosBlogsBuzz