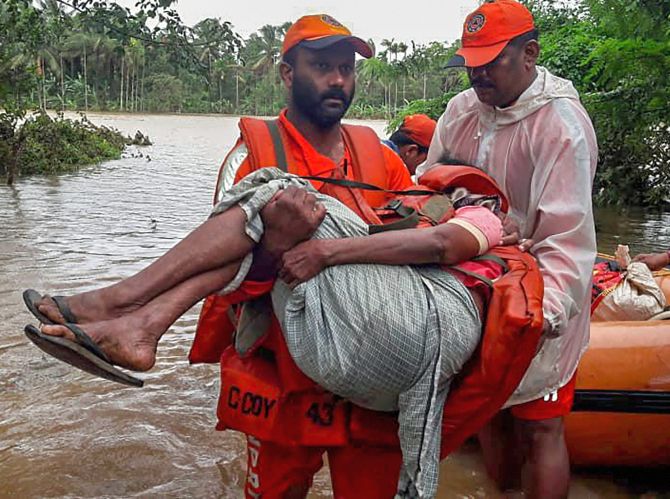 The Congress in Kerala comes out against the CPI-M led LDF government's decision to mobilise resources to rebuild the flood-ravaged state, from non-resident Keralites, by deputing ministers to collect funds. Attacking the government over its decision, Congress leader K V Thomas said Monday, "the state government should not humiliate the people of Kerala by going abroad seeking aid with a begging bowl."


Urging Chief Minister Pinarayi Vijayan to drop the plan, Thomas said, "Do not send ministers and officials with begging bowls to foreign countries. This will dent the self respect and prestige of Keralites." "Do not humiliate Indians and Keralites who live abroad with dignity, he added. -- PTI
« Back to LIVE