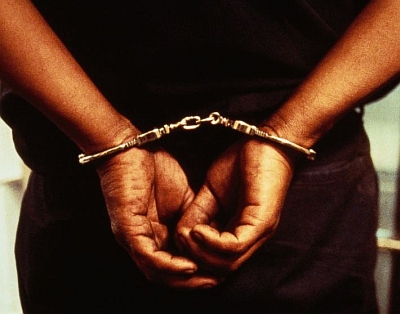 The Uttar Pradesh police has arrested 11 persons for their alleged roles in the leakage of questions papers for tubewell operators recruitment tests, which was to be held by the Uttar Pradesh Subordinate Services Selection Commission on Sunday.
All the arrests were made on Sunday by the Special Task Force of the state police in Merrut, a day after the UPSSSC postponed the test following the surfacing of the leaked Hindi question paper for the test on Saturday, a senior police officer said Monday.
The arrested accused included mastermind of the racket and five job aspirants, who all were remanded in judicial custody for 14 days by the court of Meerut chief judicial magistrate.
The district police probing the case would soon move the appropriate court for seek the police custody of the accused for their custodial interrogation and investigation aimed at adducing further evidence in the case against them, the officer said.
Detailing the findings of the preliminary probe into the matter, the officer said with the arrest of the accused, a racket of selling question papers to the aspirants and ensuring their selections for the menial government job for a hefty sum of Rs 6 to 7 lakh has been unearthed by the STF.
The STF in a statement said three hand-written answer sheets, 5 admit cards, 13 mobile phones and Rs 1,48,000 were also recovered from the arrested persons.
The STF identified the arrested mastermind of the racket as Sachin, a teacher from Amroha district in UP, who told the sleuths during interrogation that he had been involved in leaking question papers of various examinations for the last two years.
Sachin disclosed to the police that he has already received Rs 3 lakh from each of the aspirants for the post of tubewell operators, who would have given him another sum of Rs 3 to 4 lakh after their selection, the STF officer said.
After the leakage of question papers from a Meerut Cantonment centre, Sachin had called all the aspirants, said the STF officer, adding a case of cheating and forgery has been registered against all the accused in Meerut.
According to the reports, the UPSSSC exam paper was leaked a day before the exam was to be conducted on Sunday.
The test was cancelled after the authorities got to know of the paper leak. The announcement was made on Saturday night.
The exam was to be held for recruiting a total of 3,210 tubewell operator across the state. The test for the tubewell operators was postponed after the Hindi question paper was leaked on Saturday.
Announcing the decision to postponed the exam, the Lucknow district magistrate said the fresh dates for the UPSSSC tubewell operator exam would be announced soon.
Over the years, Uttar Pradesh has gained notoriety for frequent leaks of question papers for various competitive examinations for the government jobs.
The latest instance has come close on the heels of the leakages of question papers for recruitment of assistant teachers in July and for those of police constables in June this year.  -- PTI
« Back to LIVE