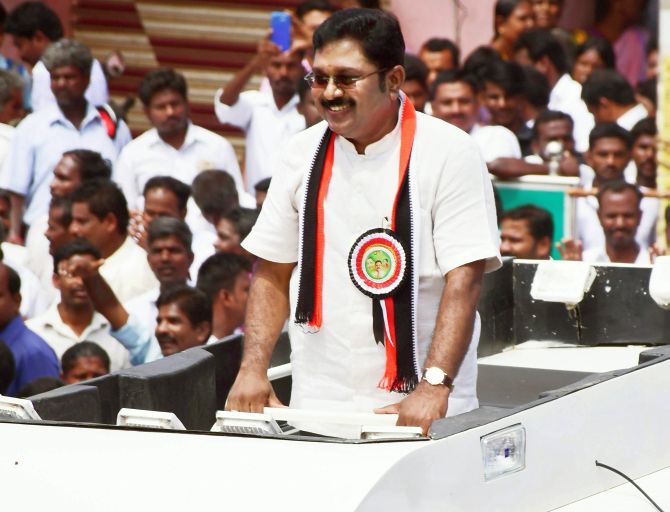 The Madras high court will pronounce its verdict on disqualification of 18 Tami Nadu MLAs loyal to Amma Makkal Munnetra Kazhagam leader T T V Dinakaran at 10.30 am today.
Earlier this week, Dinakaran had instructed all but one of the 18 MLAs to move to a resort near the Tirunelveli district ahead of the HC verdict.
According to media reports, all MLAs except P Vetrivel are likely to remain at a resort in Courtallam till the verdict is pronounced.
If the HC declares the disqualification illegal, the strength of the ruling All India Anna Dravida Munnetra Kazhagam will come down to 112 in the assembly, five short of the required 117 according to current assembly strength.
The 18 lawmakers presented letters to the then Governor Ch Vidyasagar Rao pulling out their support to Edappadi K Palaniswami as chief minister in September last year.  -- Agencies
« Back to LIVE