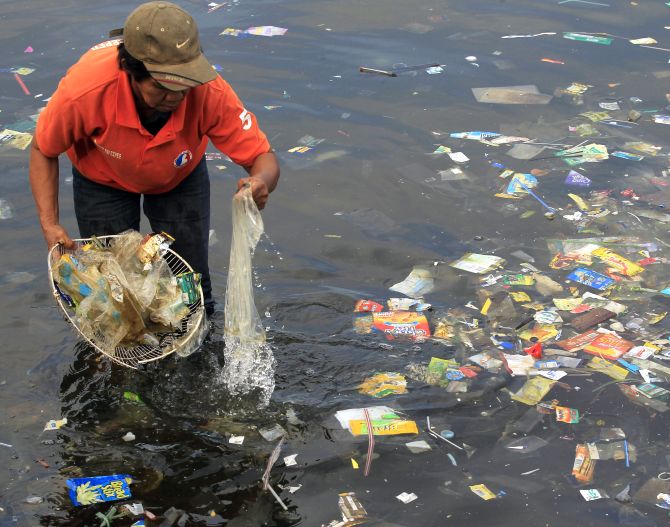 The European parliament has overwhelmingly backed a wide-ranging ban on single-use plastics in an effort to tackle pollution in seas, fields and waterways.
Under the proposed directive, items such as plastic straws, cotton swabs, disposable plastic plates and cutlery would be banned by 2021, and 90 per cent of plastic bottle recycled by 2025.
Described by the European commission as a clampdown on the top 10 plastic products that most often end up in the ocean, the proposed legislation passed 571 votes to 53.
Labour MEPs said the EU plan must be respected by the UK after Brexit. Seb Dance, the partys environment spokesman in the European parliament, said: These new measures will slash the use of single-use plastics in the EU. With more than 700,000 plastic bottles littered in the UK every day, it would be negligent if the UK does not maintain these new targets if we leave the EU.
Much plastic waste is washed into the ocean, where it may take centuries to fully degrade. Lightweight single-use items are among the most problematic of plastics because they can easily travel long distances, absorbing toxins along the way that damage marine flora and fauna.
« Back to LIVE