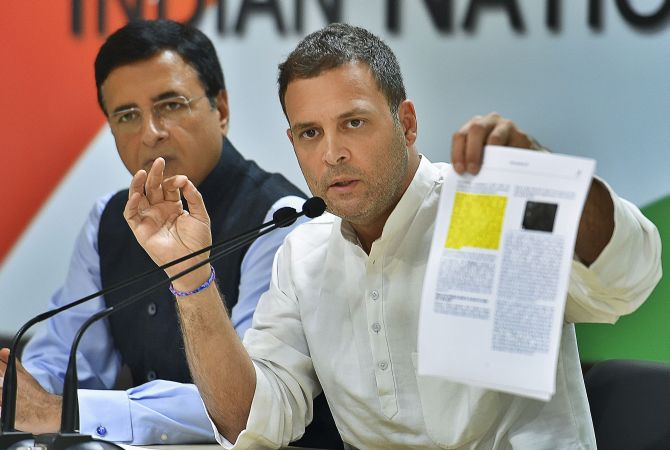 The Congress party will hold protests across the country on October 26 over the ongoing Central Bureau of Investigation row.
Top Congress leaders will stage a protest outside the CBI headquarters in the national capital, while state leaders will protest in front of the CBI offices in their respective states.
After a spell of the internal fight, that appeared to tarnish the image of the country's premier investigative agency, the Centre divested the CBI director Alok Verma and special and Rakesh Asthana respectively from their roles and sent both of them on leave.
Asthana and Verma were at loggerheads on several issues and accused each other of blocking several important cases to be heard.
The CBI had recently filed an FIR against Asthana for allegedly accepting a bribe from a businessman, who was linked to Moin Akhtar Qureshi case. Asthana was heading the Special Investigation Team (SIT) that was probing Qureshi's case.
Amid this internal slugfest, M Nageshwar Rao was appointed as the interim director of the CBI with immediate effect on Wednesday.  -- ANI
« Back to LIVE